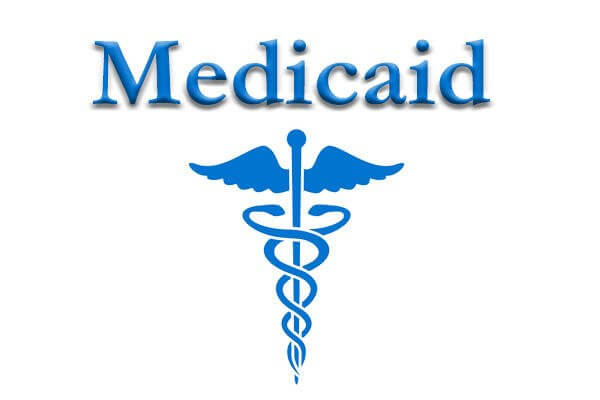 This article originally appeared on MississippiToday.org

Lawmakers were right: People ineligible for Medicaid in Mississippi have been receiving the health care benefit anyway.

Because of a recent crackdown on Medicaid eligibility, many families who had been receiving the Disabled Child Living at Home waiver have been denied the benefits when they’ve tried to renew them. Following outcry from parents, lawmakers are now working on legislation to restore coverage to the affected families.

“Disabled children are being cut en masse from insurance they’ve relied on for years,” said Clay Taylor, the father of a child with cystic fibrosis who uses a feeding tube. Six-year-old Tobias had been covered by Medicaid for most of his life but the agency deemed the child ineligible in November.

The waiver, set by federal law, provides coverage for children with special conditions whose families earn too much to qualify for other Medicaid programs.

A child receiving the waiver must be classified as disabled under federal disability rules and also require a level of care typically provided in a hospital or other health care facility. The insurance, then, is designed to cover services that help the child live at home, an often more appropriate and cheaper setting.

But for years, the contractor tasked with determining eligibility for Mississippi’s Medicaid program, eQHealth Solutions, had approved some families with children with disabilities who do not meet this requirement, who may be wheelchair bound or have other limitations but do not need intensive nursing care.

“If this is the original intent of this law, then it has never been followed,” Taylor said.

Without your support, these stories go untold.DONATE NOW

Medicaid covers the cost of thousands of dollars worth of monthly prescriptions, breathing treatments and medical supplies to keep Taylor’s son healthy. The father said his family is preparing for a major hit to their budget, including thousands of dollars in new premiums annually, plus out-of-pocket expenses for medication and hospital visits.

Kelli Bridwell, a teacher and single mother, was also denied when she reapplied for the Medicaid waiver for her 14-year-old son, Aiden, who has central core disease and cannot stand or walk. He received a spinal fusion last summer and had to spend time in intensive care; the bill totaled nearly $1 million, Bridwell said.

“Without Medicaid continuing to pay for the services and supplies to keep Aiden’s health stable as they have over the past 14 years, we fear his medical costs could lead us to bankruptcy,” she said.

The waiver has provided Sylvia Pooley’s son Zane with far more physical and speech therapy sessions than he would have received under a private insurance plan, Pooley said. The services have allowed Zane to progress tremendously.

“He has a shot he would not have had because of the mistake (in eligibility),” Pooley said.

But Zane, who has a rare genetic disorder, was also denied a renewal.

Medicaid spokesman Matt Westerfield told Mississippi Today that from the beginning of September 2019 to mid-January, the new contractor, Alliant Health Solutions, denied 79 applications for the waiver because the child did not meet the medical necessity requirement. But parents fear it is only the beginning of these denials. Alliant denied another 126 families on a technicality, which means they must provide more information. Families have the option to appeal the denials.

“We are actively reviewing the matter to ensure our policies are appropriate and that we are not placing undue administrative burden on the parents of these children or the providers who care for them,” Westerfield said through a written statement.

Listen to the Latest Episode of our Podcast

THE OTHER SIDE PODCAST

In 2017, concerns over growing Medicaid rolls and a belief that people were fraudulently receiving benefits prompted lawmakers to pass the Act to Restore Hope Opportunity and Prosperity for Everyone, the “HOPE Act,” which provides state agencies a new computer system to track and verify information provided by applicants for public assistance programs.

While the Legislature has pushed Medicaid and the department of human services to tighten eligibility, Westerfield stressed that the the new contract with Alliant, and the following denials, were not a result of the HOPE Act; the company simply submitted the best proposal during the latest round of procurement.

Alliant “interpreted the law in a much more narrow scope than the previous vendor,” said Sen. Chad McMahan, R-Guntown.

McMahan told Mississippi Today he plans to file a bill to restore the Medicaid waiver to families who have been denied and earn less than 300 percent of the poverty line, or $78,600 for a family of four.

“It’s important to me that we help working families that have a disabled child get the services they need,” he said.

The parents have formed a Facebook group for people denied the waiver or concerned about the denials; it has more than 280 members.

“We haven’t found anybody yet who has been approved. To me, that was a major red flag,” Taylor said.

The waiver provided coverage to 2,013 children as of December. Families working through appeals are still considered enrolled.

“Me and my wife are not looking for handouts. We are not people who have gamed the system in any way,” Taylor said. “We’re just trying to find something to provide the best care for our son.”