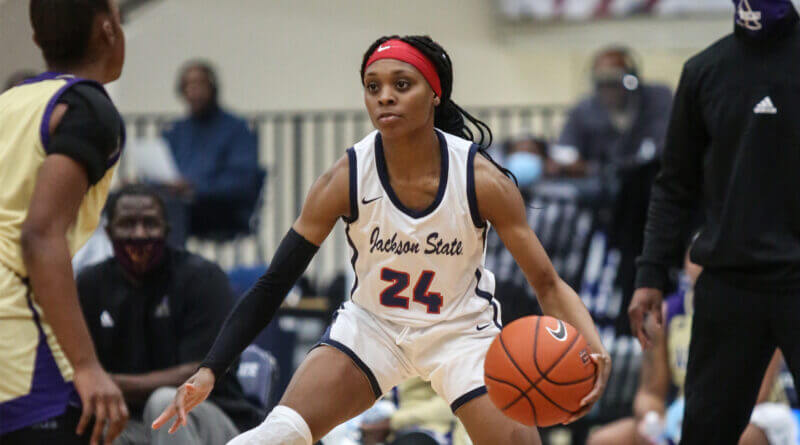 Former Ripley Lady Tiger standout Dayzsha Rogan was named SWAC conference player of the year by the league on Tuesday.

Rogan, a member of the Tippah County Sports All Decade Womens basketball team, led the Lady Tigers of Jackson state to a 15-5 record and a division crown.

The Southwestern Athletic Conference announced its 2020-21 All-SWAC Women’s Basketball teams and individual award winners on Tuesday afternoon. The all-conference honors were voted on by the league’s coaches and sports information directors.

Rogan (Ripley, Miss.) led the league in scoring with 17.8 points per contest. She also finished 6th in the conference in field goal percentage (.435), 1st in free throw percentage (.803), 2nd in three-point field goals per game (2.5), and 7th in steals per game (2.0). She was a key contributor for a Lady Tigers team that would go on to claim the 2021 SWAC regular season title.

Rogan was a standout at Ripley and at NEMCC before taking her talents to JSU.

See the release from the SWAC here.