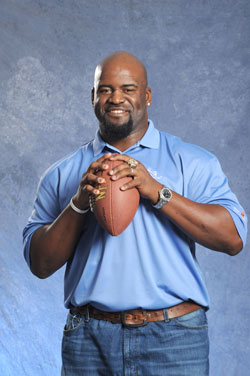 
Kendall Simmons, a two-time First Team All-SEC offensive lineman at Auburn and two-time Super Bowl champion, is returning to his alma mater in an off-field role.

“I’m extremely excited,” said Simmons, a 2002 first-round draft choice by the Pittsburgh Steelers. “I’ll look forward to the opportunity to be around the team, learning as well as adding my knowledge from my playing career.”

Simmons was a multi-year starter for Auburn who started 36 games from 1997-2001. He played seven seasons for the Steelers from 2002-09, winnings Super Bowls XL and XLIII in the 2005 and 2008 seasons. He retired after playing the 2009 season for Buffalo and New England.