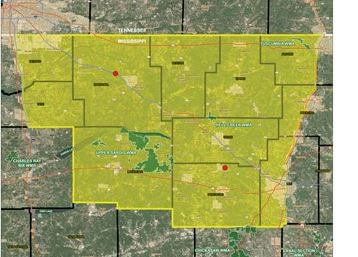 As part of the growing threat of CWD in North Mississippi. Tippah and several surrounding counties have been added to the MDWFP CWD Management Zone.

Several deer were recently found to have CWD to the North and South of Tippah county.

According to the MDWFP: CWD was recently confirmed in Marshall County, MS and the bordering Tennessee counties of Fayette and Hardeman. As part of the MDWFP CWD Response Plan, the current CWD Management Zone was expanded to include:

MDWFP hosted a public meeting to discuss CWD and monitoring activities at the Marshall County Agricenter on Thursday, December 20th. You can listen to the meeting on the MDWFP website.