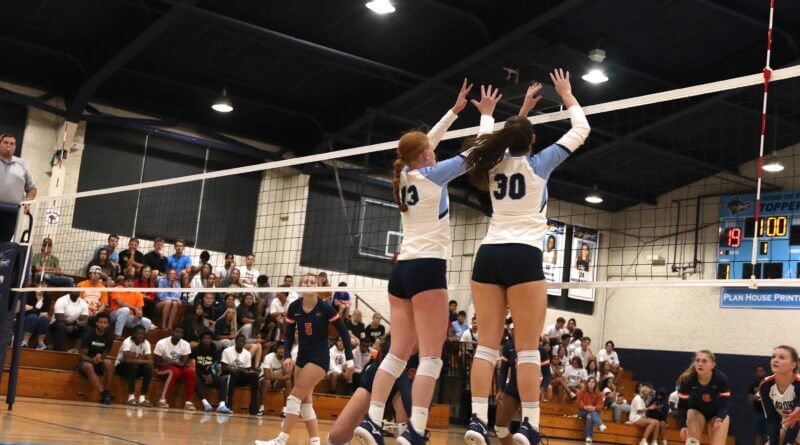 BLUE MOUNTAIN, Miss. – (Box Score) Blue Mountain proved why they’ve been the best serving team in the nation Friday night, as they drilled 16 aces to move past Brewton-Parker in straight sets 25-15, 25-10, 25-9 in SSAC play.

The Volley Toppers lead the nation with 175 service aces with the next closest team, Keiser, having 153.

Grace Glaser (FR/Bartlett, Tenn.) and Kora Wilson (FR/Marion, Ark.) had four aces each for the Toppers, while Reanna Brown (FR/Trenton, Tenn.) had three, Skyler Benson (SR/Priceville, Ala.) and Anna Lucas (SR/Athens, Ala.) with two apiece and Rae Ann Hall (SO/Jasper, Ala.) with one.

Glaser knocked home four-in-a-row at one point, while Brown had three straight.

Taylor Wright (SR/Huntsville, Ala.) did her normal damage on offense, slamming home 13 kills at a .364 percentage with the entire team hitting at a .231 clip.

Anna Lucas was just a dig shy of another double-double, as she had nine and 27 assists.

“It took us a bit to get into the flow at the start, but when we did, I thought we looked really good,” BMC head coach Reid Gann said.  “Our service game has been a really big piece of our success so far, so I was proud of how we continued that tonight.”