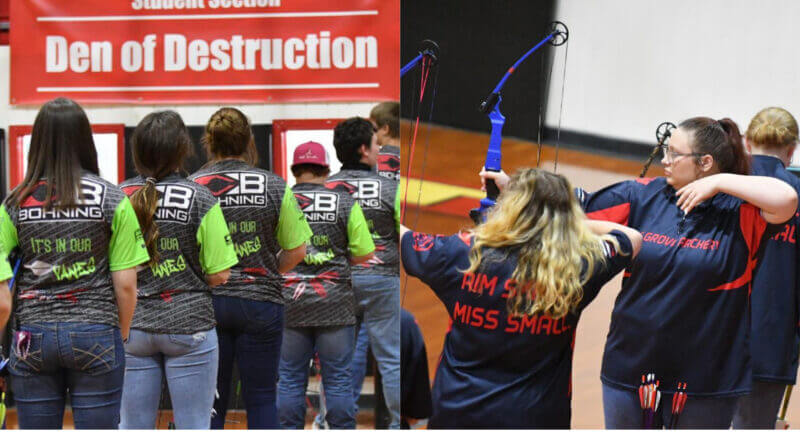 Pine Grove had to drive 26 miles to compete for a state title last Thursday. For Walnut, archers had to walk across the street from the school building.

The Wildcats played host to the AIMS state championship archery event and saw over 250 archers let their arrows fly to compete for a state title. The end result? A pair of titles for Tippah County teams.

Pine Grove claimed the AIMS High School 1A state title while Walnut repeated as the MHSAA 1A state champion.

It was a different kind of event, but the result is the same: when it comes to archery in the state of Mississippi, you won’t find any better than here in Tippah County, with Walnut claiming their 2nd straight state title having won in 2019 and with no event held in 2020. Pine Grove has won their 2nd title overall.

“We have been waiting for almost a week and it has been very anxiety filled,” Walnut head archery coach Brian Quinn said as he announced the results.

“It’s been a long road, fun and exciting. It ended with a bang even though it was a different kind of bang,” Quinn continued.

You can see complete scores and results here. Check out the Tippah County Sports facebook page for pictures of all archers.