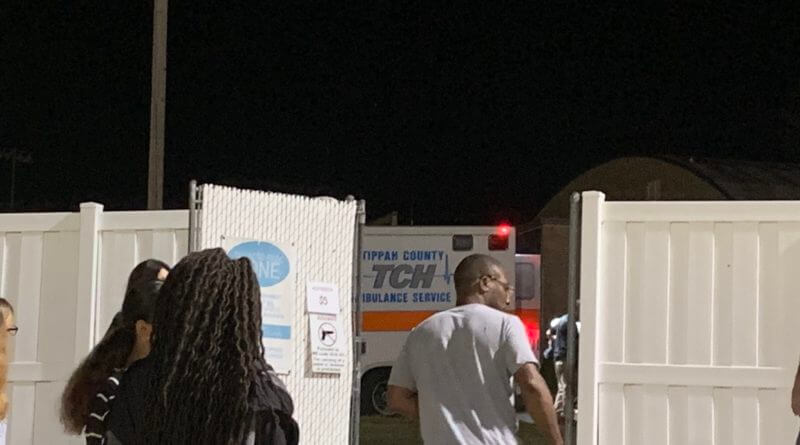 An ambulance was called to the Ripley Tiger football game for the second time on Monday night after a fan lost consciousness at the game.

During the junior varsity game, a fan was complaining of pain before going in and out of consciousness and going to the ground.

Tippah county ambulance service was called to the scene and transported the patient from the game.