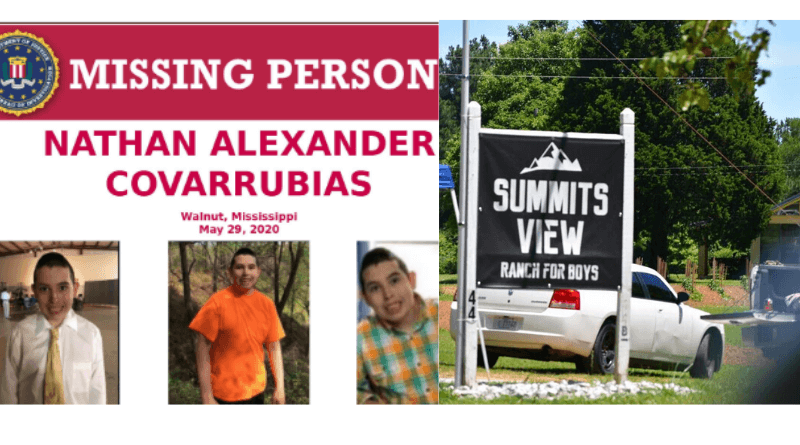 After over a week missing, the FBI has issued a notice about the disappearane of Nathan Covarrubias, the child last seen in Walnut last Friday.

Nathan Covarrubias was last seen around 10 am on 5/29/20. leaving the Summitts view boys ranch in Walnut. He weighs 150 lbs and is about 5’6” and will be 15 years old in July. Nathan was last seen wearing a blue long sleeve shirt and khaki pants.

He is diagnosed with autism, disruptive mood dysregulation, and bipolar disorder.

The FBI in Jackson released the following via Twitter:

The Walnut, Mississippi Police Department, the Sheriff’s Offices in Alcorn and Tippah Counties, Mississippi Bureau of Investigation, and the FBI are asking for the public’s assistance to find 14-year-old Nathan Alexander Covarrubias. Nathan was last seen on Friday, May 29, 2020 near County Road 772 in Walnut.

Call 911 if you see Nathan or know where he is located. The public can also contact the FBI Jackson Field Office at (601) 948-5000 or any local FBI office with information related to Nathan.

The FBI missing person poster will be featured on fbi.gov and on FBI social media accounts, as well as partnering agency accounts.

Several additional state and local agencies are assisting with the search for Nathan.