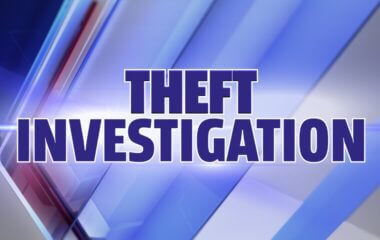 CLARKSDALE, Miss. – On Friday, Special Agents from the Mississippi Office of the State Auditor delivered demand letters for embezzlement to former Coahoma Community College employees Gwendolyn Jefferson and Stacie Neal. Each demand is for $981,600.64, which includes principal, interest, and investigative costs.

Both Jefferson and Neal conspired to embezzle money from Coahoma Community College by creating false purchase documents and making personal purchases with credit cards and checks belonging to the community college. From 2013-2017, Jefferson and Neal made over $750,000 in purchases from local and online retailers for shoes, watches, a chandelier, and many other items.

This case represents the largest individual demand for embezzlement from the Mississippi Office of the State Auditor in 5 years. The second largest demand amount in the past 5 years was for $362,689.14 and issued to William “Bill” Walker, former Executive Director of the Mississippi Department of Marine Resources. This is the third largest individual demand amount for embezzlement issued by this office in over 20 years.

State Auditor Shad White said: “All of the credit for uncovering this massive embezzlement scheme goes to the whistleblowers at the community college and agents in our office. This case involved multiple college procurement cards and a large number of illegal transactions. Our investigators had to plow through college records, which had been falsified by these employees, bank records, and sales records. The end result was over a hundred spreadsheet pages in the investigative file. These employees conspired together, watching each other’s back, to steal hundreds of thousands of dollars from the students at this community college and the taxpayers.”

Auditor White said: “I know these two individuals will be held accountable. But around the state, all of our colleges and universities need to draw a lesson. Make sure different people in your procurement offices are responsible for different parts of making purchases. Separation of duties is an important way to prevent fraud. It cannot prevent all conspiracies between multiple people, but it can make those conspiracies harder to pull off. And encourage your employees to speak up if they see something unusual. There are often clues about someone’s lifestyle or a strange way of handling the books that are red flags of embezzlement. Most corruption in America is discovered not through audits but through tips, so speak up.”

Fraud can be reported to the Mississippi Office of the State Auditor online any time by clicking the red button at the top-right corner of the Auditor’s website or via telephone during normal business hours at 1-(800)-321-1275.