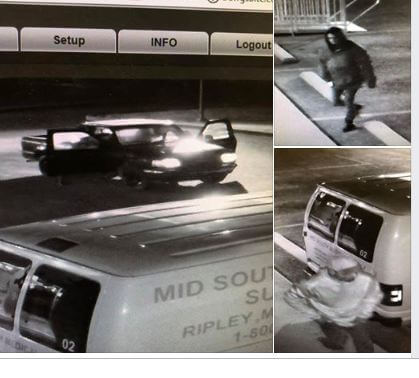 Multiple area businesses have reported break ins over the last several days, including a robbery and attempted robbery in Ripley last night.

In Corinth early Thursday morning a black extended cab Ford Ranger was caught on camera, along with photos of the alleged robbers, while robbing Crossroads medical supply.

In Ripley in the early morning hours of Friday, December 7th, Keep Sake Crafters was attempted to be broken into and the beauty salon next door, Shear Beauty, was robbed of some cash.

Be on the lookout for thieves this time of year, as instances of robbery increase. Consider getting a cheap video surveillance system for your home or business.