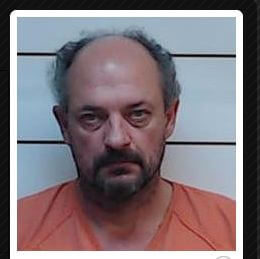 Police in north Mississippi have a officially charged a husband in the death of his previously missing wife, whose skull was found on a property last year.

According to the Tishomingo County Sheriff’s Office:

On December 26, 2018, The Tishomingo County Sheriff’s Office officially charged RUSSELL LEON LANIER with 1st Degree Murder.  LANIER is being charged due to the death of his wife, SUSIE RENA LANIER.  Susie was only 43 years old when she was reported missing on June 7, 2017 from her mobile home park at 12 Whitfield Drive in Iuka, Mississippi.  Susie was reported missing by her husband, RUSSELL LANIER and her step-father.  A search was conducted immediately in the area with several volunteers and family members, but Susie was not found.

On August 31, 2017, the Tishomingo County Sheriff’s Office received a call of a man finding what appeared to be a human skull on his property.  Deputies and Investigators arrived on scene and collected the skull as evidence and released it to the Tishomingo County Coroner to be processed.  Once dental records were obtained of Susie Lanier, those dental records were forwarded to the Coroner to have analyzed with the skull.  Within a few days, the sheriff’s office received word that the human skull found was positively identified as that of Susie Lanier.

Another search was conducted in the immediate area but with a group of cadaver dogs that were brought in out of state.  This particular search located some clothing believed to be worn by Susie Lanier as identified by family.  No other human remains were located.

On December 24, 2018, Tishomingo County Sheriff’s Office received new additional information pertaining to the case of Susie Lanier.  RUSSELL LANIER was detained and on December 26, 2018, RUSSELL LANIER was officially charged in the death of his wife.  LANIER remains in custody with a $500,000 bond that was set by the Tishomingo County Justice Court.  This case will be presented to the next available Grand Jury.

Sheriff John Daugherty would like to personally thank all the volunteers that helped for several months in the search of Susie.  These volunteers were both local citizens and individuals from different parts of the state and out of state.  Sheriff Daugherty would also like to thank those business that provided water and food to the volunteers during these searches.

Finally, the Tishomingo County Sheriff’s Office would like to extend our deep appreciation to Susie’s family and also our prayers and condolences.   The family was a great part of this investigation and a tremendous help.  This is a difficult thing for any family to deal with and we ask the public to respect the family, as they go through this emotional process.