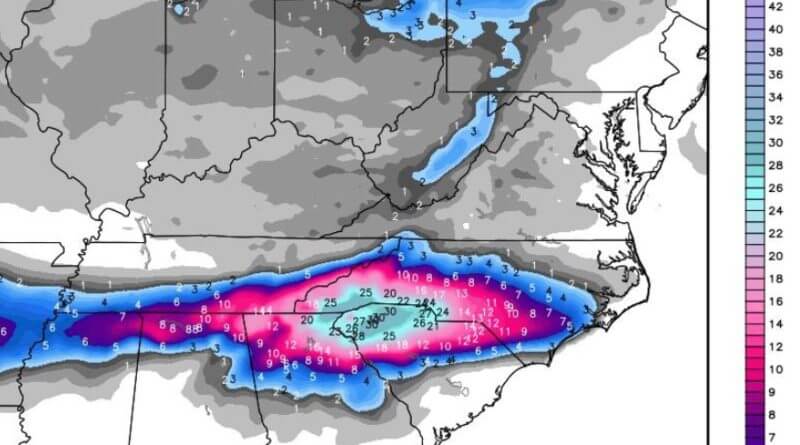 A snowfall prediction model posted on Firsthand Weather shows the potential for large scale snow and wintry participation in our area for next weekend.

The model used is the European model and its 7 day forecast shows the potential for 7+ inches of snow in North Mississippi next weekend.

According to Firsthand Weather;

Yes, today’s run of the European model went crazy. These maps are fun to look at, but at 7 days out, it’s still best to look at how the pattern is going to evolve. We discussed this potential winter storm on Firsthand Weather several days ago. We foresaw this because of the upcoming pattern, not because of snowfall output maps.

But still, I do think these maps open up opportunities for good discussion. I’m working on an article that will go out tonight about this winter storm potential. Again, at this point, the goal over the next few days is to begin narrowing down who could be impacted, and then we’ll address potential amounts later in the week. Please refer to Chris’s earlier map, and we will modify that as needed.

If you were to ask me how far to the south I believe frozen precipitation will occur, in short, I’ll tell you I don’t know. But, I’ll give you some insight on this. With conditions favoring high pressure over the central U.S., I’m comfortable saying that it wouldn’t be too difficult to get frozen precipitation (snow and/or ice) as far south as parts of Oklahoma, Arkansas, and Texas. Farther eastward into Tennessee and northern Mississippi/Alabama/Georgia, it becomes a bit more of a tough call. 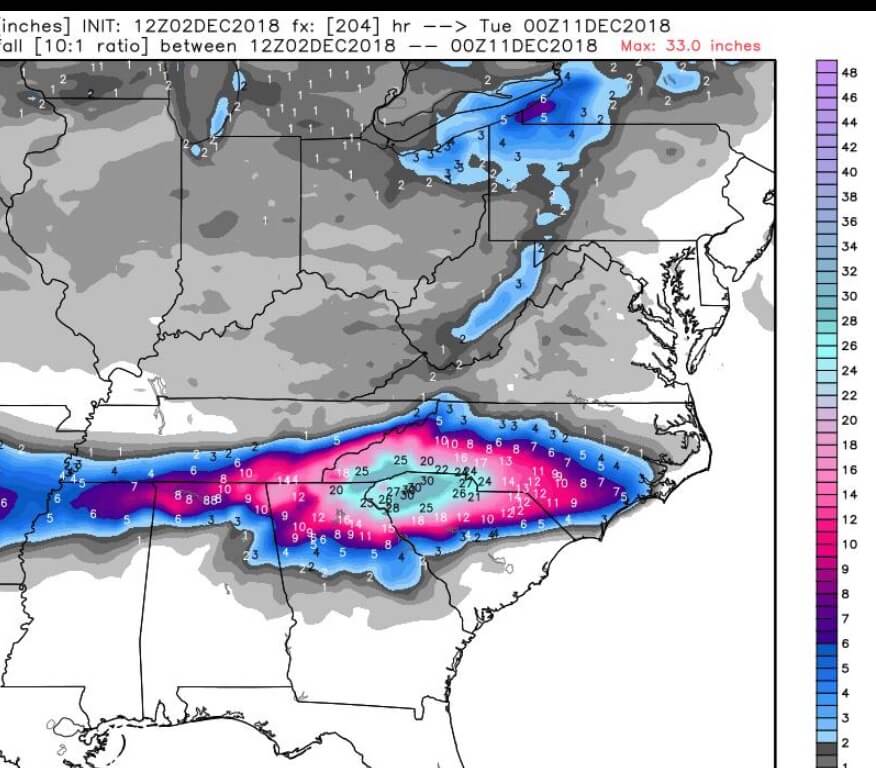