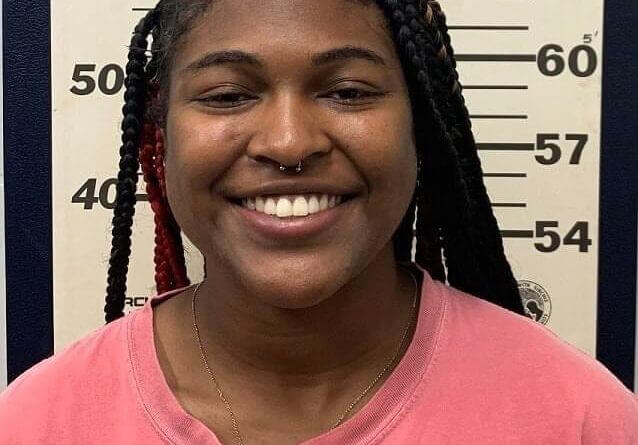 Early Friday morning, Starkville police arrested She’Lia Hall (19) for attempted murder and residential burglary. Hall is accused of burglarizing an apartment at 625 S. Montgomery St. then later returning and firing shots outside the same residence. A vehicle outside the apartment was struck by gunfire.

Hall was transported to the Oktibbeha County Jail where she remains.

“Incidents such as these are a reminder of the dangers of domestic violence,” said Chief Mark Ballard. “I am thankful for our officers and detectives who swiftly apprehended this suspect.”

If you have information, please contact the Starkville Police Department at 662-323-4131, Golden Triangle Crime Stoppers at 800-530-7151, or through the anonymous tip system on our website. Crime Stoppers may offer a cash reward.