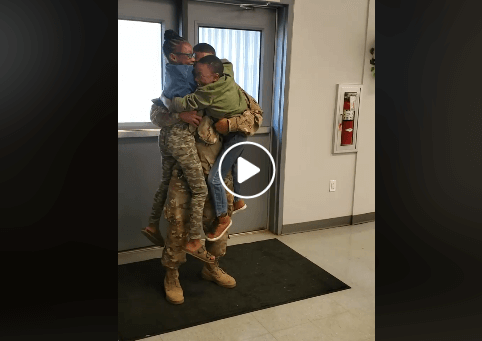 On Monday, a Tippah County soldier who had been stationed in Kuwait returned home to greet his three children.

On Monday, SSG Patrick Jones (a 2000 graduate of BMHS), who had been stationed in Kuwait since December of last year, surprised his three children upon his return!!!