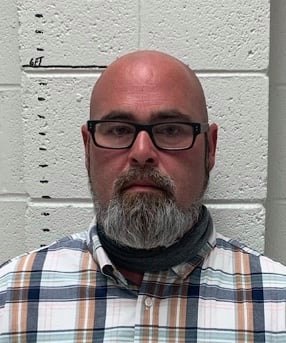 Gruno worked as the director of the Mississippi Veterans Affairs (MSVA) cemetery in Newton County prior to his arrest in March 2021. He used MSVA funds to make over $14,000 in personal purchases of fuel and other items like barbecue supplies, toys, and luggage. A $29,818.76 demand letter was issued to him upon his arrest last year.

Judge May sentenced Gruno to serve two years in prison and five years on probation for this crime. The judge also ordered him to repay over $30,000 in restitution and fees.

“This crime is especially disheartening because the money this person stole was meant to maintain the final resting place for many of our Veterans,” said Auditor White. “As the grandson of two Veterans, I’m proud my office was able to be a part of holding this person accountable.”

Suspected fraud can be reported to the Auditor’s office online any time by clicking the red button at www.osa.ms.gov or via telephone during normal business hours at 1-(800)-321-1275.

Shad White was appointed the 42nd State Auditor of Mississippi in July 2018 and then won election to the office after establishing a tough, no-nonsense reputation.  In his time as State Auditor, White’s team has stopped the largest public fraud in state history, made the largest civil recovery after an auditor’s investigation in the history of the office, and concluded cases that, collectively, led to hundreds of years of prison sentences for fraudsters. He holds a certificate in forensic accounting, is a Certified Fraud Examiner, and serves in the military as an officer in the Mississippi National Guard assigned to the 186th Air Wing in Meridian. The son of an oilfield pumper and public school teacher, White grew up in rural Jones County and went on to earn degrees from Ole Miss, the University of Oxford, where he studied as a Rhodes Scholar, and Harvard Law School. Today he, his wife Rina, and their daughters live in Rankin County and attend St. Richard Church.

Mississippi Office of the State Auditor