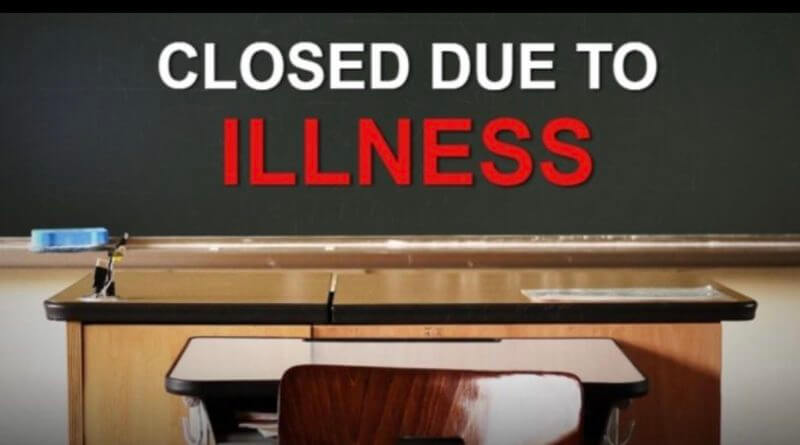 Gov. Tate Reeves, amid a global pandemic that officially reached Mississippi this week, declared a state of emergency on Saturday afternoon.

Reeves, in a Saturday pre-recorded speech released on social media, spoke his first words on the viral outbreak since Mississippi confirmed its first cases earlier this week. There are currently six confirmed cases of COVID-19 in the state, according to the Mississippi State Department of Health, and officials expect those numbers to rise.

In the address, the governor asked Mississippi churches to cancel services and other large gatherings this weekend and asked that the state’s public schools extend their spring break by at least one week.

“We must all act together to stop the unnecessary spread of this virus,” Reeves said. “To that end, we’ve asked citizens to do things that may be hard.”

In the emergency declaration, Reeves also invoked an executive power that allows a governor to suspend any state law to respond to the emergency and “commandeer or utilize any private property if necessary to cope with a disaster.” The broad power will allow the state to quickly respond to changing circumstances, Reeves said.

While health officials worked earlier this week to inform the public, Reeves and his family were on a vacation in Spain, the European country with the second-most coronavirus cases and related deaths behind Italy. State of emergency announcements of this magnitude would normally be made during an in-person press conference.

But in Saturday’s video address, Reeves said he will be “voluntarily” working from home for 14 days, “out of an abundance of caution and care for others.”

“We have no symptoms. Everyone is healthy and strong,” Reeves said of his family. “But we know we have to be an example for Mississippians, and that’s what we’re doing.”

Reeves warned Mississippians to avoid “large gatherings” and asked Mississippi churches to not meet this weekend.

“I’m asking churches not to hold large, in-person services (Sunday) morning. You can worship from home,” he said.

In the address, Reeves said he directed his Cabinet members to allow any state employees to work from home, if possible, and that he would be “temporarily closing” some state offices, specifically mentioning driver’s license bureaus. He did not mention any other offices by name and did not say how long he planned to keep the DMVs closed.

The governor also said he was limiting public interactions with or transfer of inmates at state prisons, saying that an outbreak inside the state’s prisons “could be a worst-case scenario.” Those plans come as state officials, including Reeves, face several lawsuits and a federal investigation into treatment of prisoners.

The governor has the authority to cancel schools outright, but he did not do that on Saturday.

“I am asking all of our schools to extend spring break by at least one week,” he said. “We know that can be a burden on working families and we are working hard to minimize that struggle. Mississippians look after one another, and we will work hard to take care of you during that time.”

He did not elaborate further on how the state is working to minimize struggle and take care of people. Though schools are required by law to operate for 180 days, the emergency declaration allows schools to close without having to make up the lost days.

Earlier this week, the Institutions of Higher Learning announced that all eight public universities would be extending spring break and transitioning to all online classes as a measure to prevent the spread of the virus. At the K-12 level, neither the Mississippi Department of Education or State Board of Education have the authority to cancel school statewide, but the department did release guidance and information for school districts.

The state’s 465,913 students attend 140 school districts and five charter schools. MDE has a running list of school closures here; dozens of districts around the state have chosen to extend their spring break and cancel school for a few days, although these figures will likely change with the governor’s recent request.

Although districts are taking these precautions as a measure of safety, closures inevitably create problems for parents and students who now must scramble to make arrangements for children to stay home and ensure they can continue learning. This can be particularly difficult in the state’s rural areas, where internet access can be sparse and not all families have access to a computer.

Nearly 235,000 students in Mississippi attend schools in rural areas, according to a 2018-19 report from the Rural School and Community Trust, a national nonprofit which provides services to rural communities and schools to help provide high quality education.

In the Mississippi Delta town of Clarksdale, both the Clarksdale Municipal and Coahoma County School District made the decision earlier this week to cancel classes for Monday, before there was a declaration of emergency. Amanda Johnson is executive director of Clarksdale Collegiate, a charter school in town, and said she followed suit as a precaution.

“It’s just one of those things where I think it’s right to cancel, but I was hoping to have a mandate and some clear directive from the governor and the state health department,” Johnson said.

Her plans will change with the governor’s request, and she and her staff have been preparing for the possibility that school may have to close for an unknown amount of time. She’s unsure how many students have internet access and devices at home, but she plans to meet with her staff on Monday to develop a strategy.

“For us, it’s one of those things where yes we can do digital learning, but that doesn’t make up for the whole day or everything that needs to happen,” Johnson said.

The school’s second- and third-graders each have a laptop to use at the school, and staff is planning on working out how to send these laptops home with the students who need them on a first come first serve basis with emphasis on second- and third-graders who are preparing for their first big standardized test in third grade. At the beginning of the week when it became clear that classes may become interrupted by the coronavirus outbreak, the school purchased 75 hot spots to provide remote internet access for students, although she’s not sure when they will arrive since other schools are likely buying in bulk as well, she said.

“I don’t know what’s going to happen with state testing,” Johnson said. “This will be our first year for our third-graders to take the state test, so we definitely wanted to make sure they have the continued opportunity to take these (laptops) home because it might just be business as usual.”

The school will continue to provide lunch and send students home with fruit they can have for breakfast the following morning, she said. Classes aside, the school closure means no more assemblies, science fairs or gymnastics competitions, which Johnson understands but can’t help but feel frustrated.

“I really have no idea if this is going to be a week, two weeks…It’s a pandemic so we get it, (but) it’s also disappointing. I hate that there are a lot of things for kids that we can’t do now.”