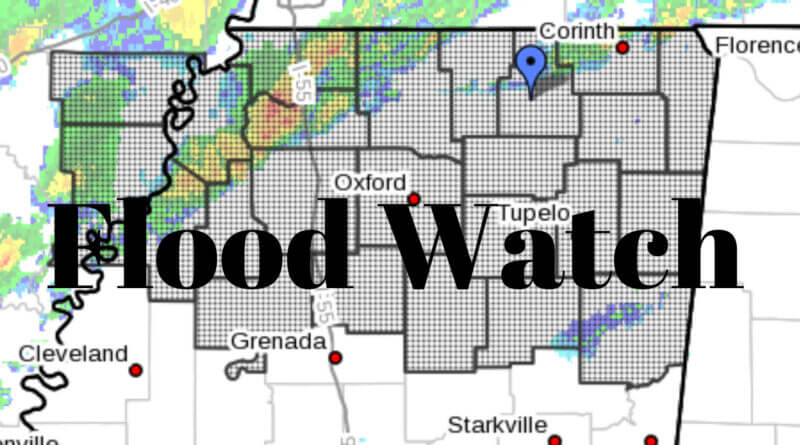 Tippah County and much of North Mississippi is under a flood watch as more rain is expected in the area.

From the NWS, the following areas are at risk:

* IMPACTS…Excessive runoff may result in flooding of rivers,
creeks, streams, and other low-lying and flood-prone locations.
Creeks and streams may rise out of their banks.

You should monitor later forecasts and be alert for possible Flood
Warnings. Those living in areas prone to flooding should be prepared
to take action should flooding develop.