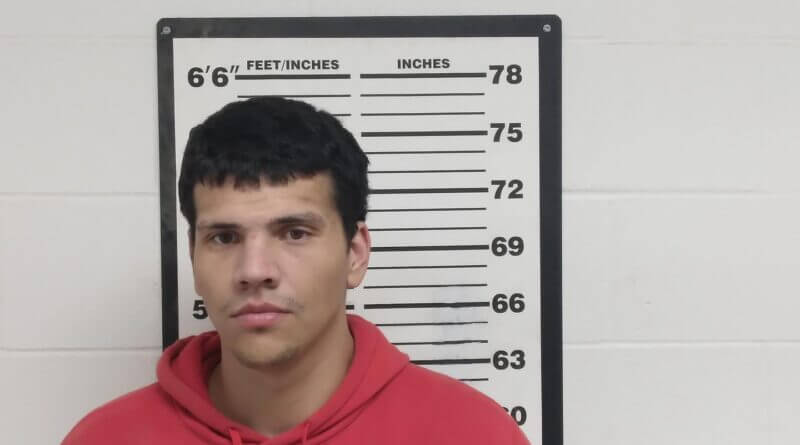 Further details were released about the Tuesday night high speed chase that ended in Tippah County.

Upon entering Tippah County one of the vehicles a silver Chevrolet Traverse crossed over the highway and began driving into oncoming traffic. Alcorn County Deputy Brandon Webber continued to pursue the Traverse as it turned off of Highway 72 onto a county road and ultimately attempted to drive down a wooded trail.

When the vehicle became stuck Deputy Webber was able to take a female occupant into custody. The male driver fled on foot but was captured a short time later with the assistance of the Walnut Police Department K9.

The female passenger was originally believed to be a female wanted out of Jackson County, MS for involvement in a shooting. It was discovered that she was just an unwilling occupant in the vehicle. It is believed the wanted female was in the other vehicle that was able to escape.

The male driver was identified as Michael Rinehart 28 years old of Goodman Rd, Southhaven, MS. He is currently being held in the Alcorn County Jail. He was charged with Felony Fleeing as well as several other misdemeanor charges.

Rinehart is also being held for an active arrest warrant from the Jackson County MS Sheriff’s Office.