A woman in north Mississippi has been arrested on felony child abuse charges according to the Prentiss County Sheriffs Department. The woman, identified as Victoria Mars, was accused of abuse of a 12 month old child.

On October 1st, 2018 Prentiss County Sheriff’s Department arrested Victoria Dystyn Mars (24) of Booneville on a Felony Capias Warrant for Child Abuse.
Victoria was indicted on the charge by the Prentiss County Grand Jury. The charge is for the abuse of a twelve month old child. The bond amount set on the charge
is $20,000. 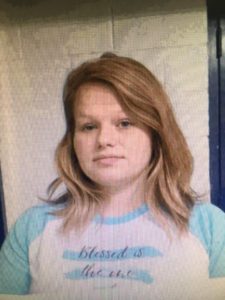