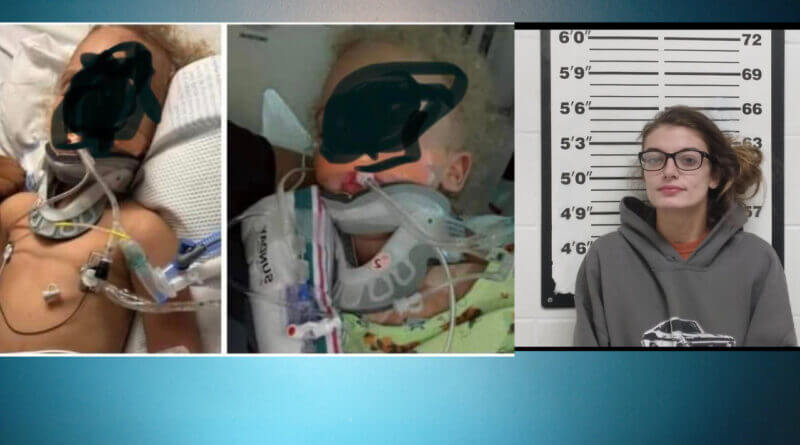 CORINTH–On Tuesday, September 13, at approximately 9:10 p.m. deputies with the Alcorn County Sheriff’s Office and emergency medical personnel responded to a residence on CR 380 Corinth, MS in reference to a small child being unresponsive.

When deputies arrived, they discovered a 2-year-old male unresponsive with multiple bruises and marks on his body. The child was immediately transported by ambulance to Magnolia Regional Hospital. Alcorn County investigators responded to the scene as well. While conducting the investigation an 11-month-old female was discovered in the residence with multiple injuries. The female child was transported to Magnolia Regional Hospital. Both children were then transferred to Le Bonheur Children’s Hospital in Memphis, TN.

Investigators discovered that the two children were in the care of a babysitter identified as Makallie E Durham, 23, who lives on Thomas Street in Iuka. Further investigation found that Durham was wanted under a misdemeanor warrant for the city of Corinth. She was taken into custody and transported to the Alcorn County Jail.

Earlier today, investigators were notified that the 2-year-old male child had died from his injuries. The 11-month-old female is currently in stable condition.

Makallie E Durham has been charged with Capital Murder for the death of a child, and Felony Child Abuse in relation to the assault of the 11-month-old female. Durham is being held in the Alcorn County Jail awaiting her initial court appearance.

Stay with Tippah County News as we continue to follow this developing story.