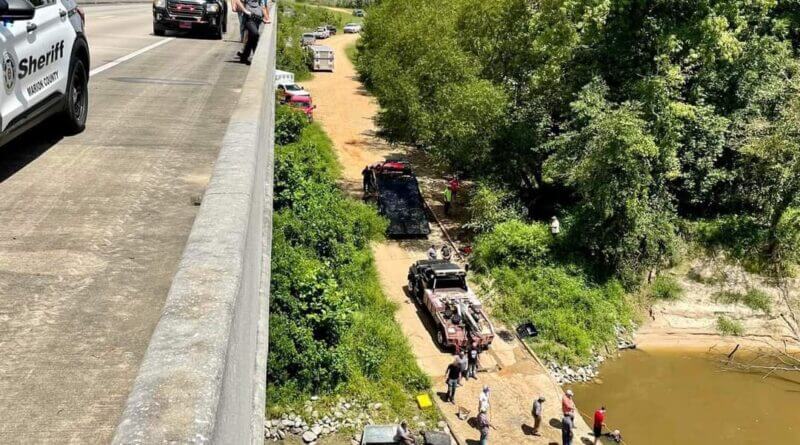 Driver drowns after vehicle and boat trailer sink into Pearl River On August 20, 2022 at approximately 11:40am, Tri-Community Fire Department was dispatched to Hwy. 44 Extension at the Pearl River Boat Ramp for a vehicle that had went down into the river with the status of the driver unknown. After fire units arrived on scene with the help of several civilians and fire units with boats, fire units began searching the banks of the river for the victim while waiting for sonar equipment. Once sonar equipment arrived and launched into the river, units were quickly able to locate the vehicle. A dive team in conjunction with the Marion County Sheriff’s Office, TCFD, and Beal’s Collison was able to retrieve a pickup truck and boat trailer from the river.