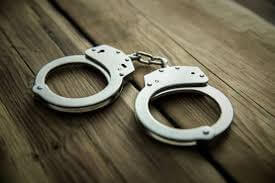 The Mississippi Bureau of Investigation led a undercover operation on Dec. 3 that led to the arrest of five individuals who have been charged with procuring sexual servitude of a minor and exploitation of a child.

“The Mississippi Bureau of Investigation is committed to apprehending sex traffickers and sex buyers while helping our most vulnerable. The dedicated Human Trafficking Unit of MBI continues to plan and execute operations aimed at identifying and separating human trafficking victims, both adults and minors, from their perpetrators,” said Lieutenant Colonel Lee Morrison, Director of MBI.

The City of Pearl issued the following statement on the matter:

“The City of Pearl would like to clarify information released by the Mississippi Bureau of Investigation about a human trafficking operation it conducted in the city last week.

The operation had nothing to do with any residents of Pearl nor any human trafficking going on in the city of Pearl.   The operation, which took place Thursday Dec. 3 and Friday Dec. 4, lured suspects from out of the area to a hotel in Pearl. None of those arrested were from Pearl or Rankin County.

The MBI held a class on human trafficking for law enforcement agencies around the state in Pearl, which apparently culminated with this operation. The city appreciates the work done by the officers involved in the operation to stop the crime of human trafficking.”