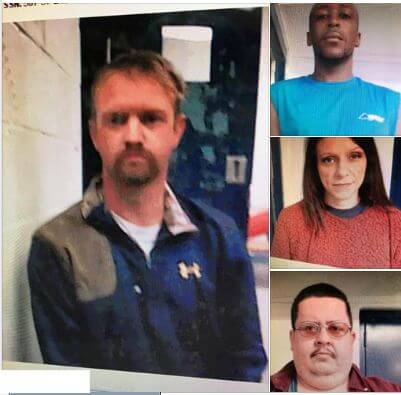 Multiple individuals have been arrested on felony drug arrests over the last month according to law enforcemetnt officials.

From the Prentiss County Sheriff’s Department:

The Prentiss County Sheriff’s Office has made several narcotics arrest in the last month.

On Saturday Dec 22 Deputy Aaron Stolz was following up on a 911 call regarding an possibly impaired driver. Deputy Stolz stopped the vehicle on HWY 4 near the intersection of HWY 30. Once the Deputy appeared to be impaired and had no proof of insurance, he took the driver in to custody and subsequently discovered a Meth pipe in the drivers pocket. and a clear plastic baggy containing what appeared to be Methamphetamine was retrieved by the driver from his pants pocket and handed over to the Deputy. The driver is identified as Brandon Wayne Massey, 35 of Dennis, Ms. Massey was charged with DUI and a number of other misdemeanor charges and Felony Possession of Controlled Substance, Methamphetamine. His bond was set at $4,500 on the misdemeanor charges and $5,000 on the felony drug charge. The case will be presented to the next Prentiss County Grand Jury.

On Saturday Dec 29th Matthew Alexander Beene 37 was arrested on an outstanding Circuit Court Indictment for Sale of Controlled Substance (Methamphetamine). Beene had been indicted by a previous Prentiss County Grand Jury and could not be located.at the time of the issuance of the Capias. Booneville Police located Beene on the 12/29 and arrested him on the outstanding charge. The original charge stemmed from an undercover investigation being worked by Narcotics Investigator Grady Smith and assisted by Booneville Narcotics Investigator James Page. Beene has since went to Circuit Court and Pled guilty to the charge and received a 10 year sentence with 7 years suspended and 3 years to serve. He remains in the Prentiss County Jail awaiting transportation to the Mississippi Department of Corrections.

On Friday January 18th Deputies Dennis Peeks, Aaron Stolz and Narcotics Investigator. Grady Smith arrested Kevin Wayne Billiot 40 of Baldwyn on an outstanding warrant for Felony Possession of Controlled Substance (Meth). During the arrest Officers discovered that Billiot was in possession of Methamphetamine again. The original case is being worked by Narcotics Investigator Grady Smith and the more recent case is being worked by Narcotics Agent Joey Clark. Bond was set on the two Felony Controlled Substance charges at $5,000 each and $1,500 on Misdemeanor Possession of Marijuana and Possession of Paraphernalia. Both cases will be presented to the next Prentiss County Grand Jury.

On Monday Jan 14th Deputy Taylor Walker and Criminal Investigator Wesley Graves arrested Melissa Laugherty 40 of Booneville after a traffic stop on Gaston Road in Booneville revealed that she was in possession of Methamphetamine and a needle. She was charged with Possession of a Controlled Substance ( Meth). Laugherty was originally stopped for having Suspended Drivers License.. Her bond was set at $3,000 and since been released on bond. Narcotics Investigator Grady Smith will present the case to the next Prentiss County Grand Jury.