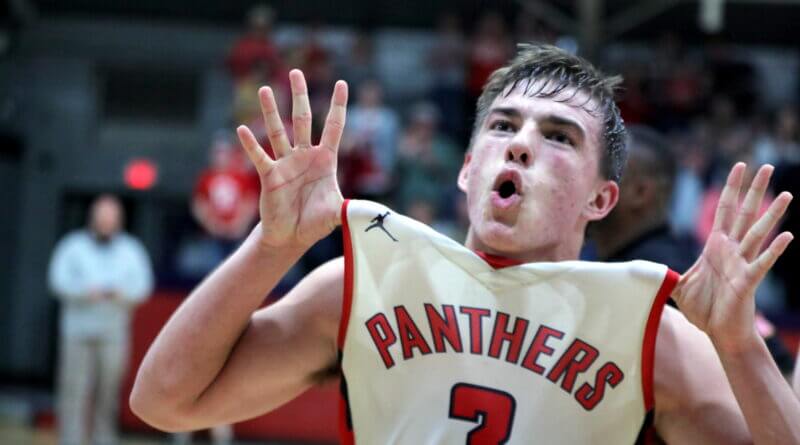 PINE GROVE–The 2021-22 Pine Grove Panthers basketball team can be historic. And Tippah County Sports will be there with coverage on TippahSports.com from Ked Storey.

A win over Leflore County in the quartfinals of the MHSAA State Basketball Tournament on Saturday would send the Panthers to Jackson for the first time since 1977.

Pine Grove Head Coach Jake Walker understands the magnitude of what a win would mean to a school already rich with a championship legacy.

“I don’t think I can really explain it. To me, it’s huge,” said Walker, now in his seventh season. “You watch Katie (Bates) do what she does and it’s amazing. And we’re on the same page. We want the whole program–girls and boys–to be at the top.

“We want every year to be a contender. We want our name to be mentioned.”

To be mentioned in the programs at the Big House this year, the Panthers will have to get past a Leflore County team that has a record that could be deceiving.

Regardless he said don’t let that fool you.

“They’ve played in a tough division and they’ve got some players. They’re going to play nine or 10 guys and they know their stuff,” said Walker.

The Tigers were the No. 2 seed from Region 3-2A. They lost to Northside in the championship game.

Leflore County made it this far with a 68-57 win over JZ George before edging Palmer 65-62.

“We’re 2-0 and they’re 2-0 and that’s all that matter,” said Walker. “And they know just like we know, this is a chance for Jackson. All that other stuff doesn’t matter. It’s just about who shows up to play that night.”

Junior guard Jack Hudson chips in 11.7 points an outing, while junior center Jamas Cox rounds out the top three scorers with nine points and a team-high seven boards per game.

Pine Grove’s 21-8  record includes teams from Class 6A and MAIS state champion Starkville Academy, who the Panthers split with on the year.

Saturday’s tip off is slated for 5 pm at the Grove, where the Panthers have lost just one game this season. They’ve lost 4 total games at home the last three years.

Pine Grove is the No. 1 seed out of Region 1-2A after defeating Baldwyn in the region championship game.

Pine Grove opened the playoff with an 88-43 win over Myrtle. They followed that with a big 56-48 win over two-time defending state champion Coahoma County.

It all boils down to one game for a trip to the Big House.