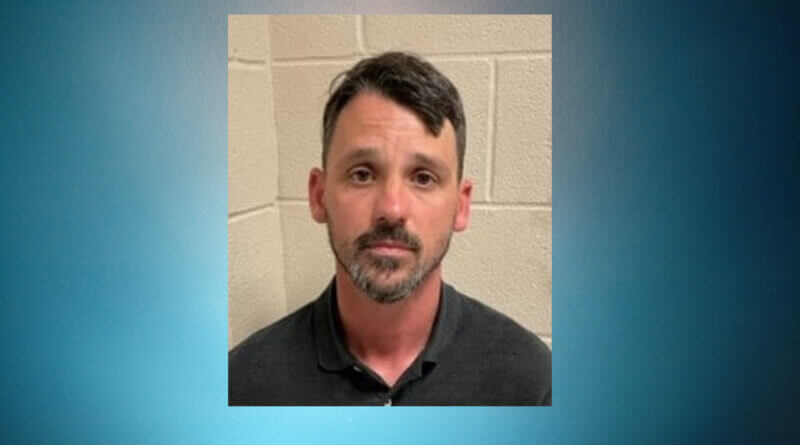 A man was arrested and charged with murder after a deadly assault at Steele’s Dive in Tupelo in the early morning hours of Saturday.

Timothy Turner II, formerly of RIpley and currently living in Saltillo, was arrested and booked in to the Lee County Jail at 7:26 pm on Saturday, April 16th.

On April 16th at approximately 1:30 am Tupelo Police were called to 4187 West Main (Steele’s Dive) for an assault.

Timothy Turner is accused of assaulting Leonard “KC” Cooper of Fulton which ultimately led to Cooper’s death, according to the Lee County Coroner’s Office. Cooper was transported to NMMC ER in very critical condition before being transported to Memphis. Cooper, 31, passed away Saturday evening at the Regional Medical Center in Memphis.

Cooper’s body will be sent to Pearl for an autoposy.

Turner was originally charged with aggravated assault but Tupelo Police and the District Attorney’s office conferred regarding upgraded homicide charges.

The victim from last night’s assault has passed away. A suspect had been taken into custody for aggravated assault at approximately 6:45 pm today.

Detectives will be conferring with the District Attorney’s office regarding upgraded homicide charges. More information will be released when appropriate.

As many of you may know there was a horrible incident that happened outside our establishment approximately an hour after closing time, early Saturday morning, April 16.

Steele’s had no part in this incident other than it happening on our property, outside our establishment. We are working with the police & investigators in every way possible with complete cooperation, although it was in no way affiliated with our business or employees.

By professional advice, we hesitated to make a public statement due to the ongoing investigation by the Tupelo police department, unfortunately by us respecting that wish we have been crucified on social media by people that do not know the facts of this situation. We are completely heartbroken for the victim and the family that this happened, our security system is being utilized to determine the facts for this investigation.

This particular incident was after hours, with the building locked and the parking lot swept. We have safety measures in place to protect our staff and our patrons during business hours. Again, this happened after hours and outside our establishment.

Regretfully, there was absolutely nothing, in the normal course of business, that we could have done differently to prevent this terrible crime from happening.

Our thoughts & prayers are going out to all involved. There are no words that can take away the heartbreak family & friends are going through, and for that we are so sorry. Thanks to all the people that have reached out to us with your support, it is needed and much appreciated. In memory of the deceased and to allow our night time staff time to process.

Today, Steele’s will be closing their doors for the evening at 3pm. Please keep the family in your thoughts and prayers, we will update our page when more information is available. Thank you and God bless.