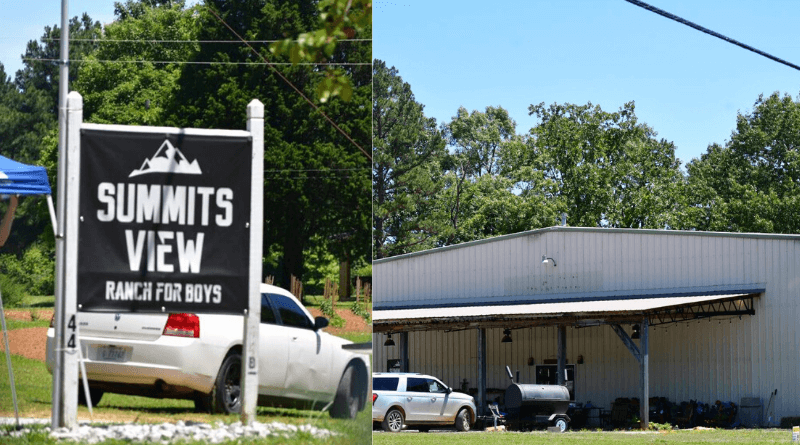 A multi-state search for a 14 year old autistic child who was missing for over 9 days from a Walnut boys ranch ended last Sunday with Nathan Covarrubias being miraculously found in Middleton, Tennessee.

The search for the child shed light on Summit’s View Boys ranch, situated in a remote area that is near the Mississippi/Tennessee state line with a Walnut address that is technically in Alcorn County.

Multiple residents that live near the facility say the same thing: “Until Nathan went missing, we had no idea this place even existed.”

Summit’s View, founded and operated by Dr. David Lovely, says they use a   “therapeutic family setting” to help troubled and at-risk boys from across the United States avoid a life in the system.

According to multiple interviews with former employees and parents of former students, the methods used at the facility are cruel, abrasive and could be considered abusive.

Nathan’s father, Edgar Covarrubias, said that his son in particular was the subject of a recent CPS child abuse allegation.

“A distrurbing part to me is, we received a phone call from Missisisppi CPS while we were driving from Texas about abuse allegations at the Ranch. There were allegations they would handcuff the kids and dunk them under water among other forms of punishment,” Edgar said.

For their part, the Ranch has retained Ashland Tony Farese. Farese says that Dr. Lovely completely denies any abuse allegations at Summit’s View, pointing towards recent turnover of staff and disgruntled former employees as the source for the investigation.

In all, since 2019, 9 students have escaped from the Ranch including Nathan and a teen that ran away and was quickly retrieved the day after Covarrubuias was found.

A mother of a child that was there for a short stay late in 2019 said that the reason her child left the facility is because her son, who she says is developmentally delayed, had his head shaved for refusing to play soccer at the ranch.

A Walnut resident who found a runaway earlier this year said they found the child in the woods off of Highway 72 in Tippah County and convinced him to get in the truck. After determining where he was from, the child recounted abuses that took place at the Ranch. After contacting authorities the child was returned to the facility.

After interviewing multiple former employees of the Ranch, a common theme rang out: verbal abuse, extreme punishment for insubordination and fear to speak out.

In one instance, a child’s face was covered in urine, according to former staff member Eddie Tomlinson, who left the facility in March. In another, a child had horse manure rubbed on their face.

According to multiple former staff members and confirmed by former students at the Ranch, the older boys are encouraged to enforce rules by taking down the younger and newer students: throwing them to the ground and restraining them.

After the CPS investigation came to light, staff members were met with an ultimatum, according to several now former employees: sign a Non Disclosure Agreement about what went on at the ranch or lose their employment.

Nathan Covarrubias being found is a miracle that so many locally and beyond were hoping for. Countless volunteers worked to help bring the child back to his parents.

After the happy ending of him being found, attention can now turn towards questions surrounding Summit’s View.

“There will be time in the coming days to further contemplate and address difficult questions with federal, state, and local authorities dealing with Nathan’s leave from Summits View and the harrowing circumstances that ensued leading to his miraculous rescue,” Edgar Covarrubias said.

“Hopefully the teamwork and collaborative spirit that led to Nathan’s life being saved can help prevent another family from having to endure such a painful experience.”