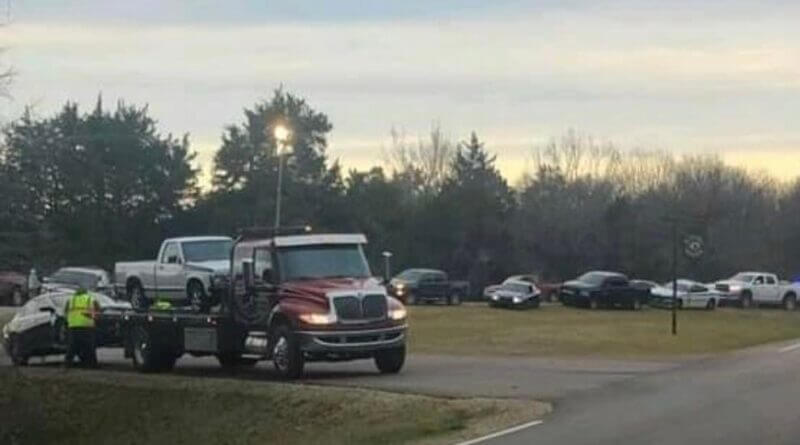 A vehicle checkpoint on the Natchez Trace led to multiple arrests, vehicles towed and warnings issued on Tuesday morning.

Three of the arrests were associated with an ongoing investigation.

From the Natchez Trace Parkway:

Early yesterday morning our park rangers were joined by Mississippi Highway Patrol troopers to conduct a traffic safety checkpoint just south of Tupelo. The purpose was to remove impaired drivers, unlicensed drivers, and unlawfully operated vehicles from the Parkway during high traffic times. Over 1000 vehicles were screened in a five-hour period.

“Many of our fatal accidents occur in the early morning hours and unlicensed drivers are a common factor in these crashes,” said Chief Ranger Prashant Lotwala.

There were ten arrests, 24 vehicles were towed, 40 tickets were issued, and 11 warnings were given. Of the arrests, six were for driving under the influence, one was for an out-of-state felony warrant, and three were associated with an ongoing criminal investigation.

“Based on what we’ve seen this morning, impaired drivers and unlawfully operated vehicles continue to be a problem,” said District Ranger John Hearne, “Expect to see more checkpoints and an increased level of patrol activity along the Parkway as we work to keep the Parkway safe for everyone.”

Full press release can be found at https://www.nps.gov/…/early-morning-traffic-safety…