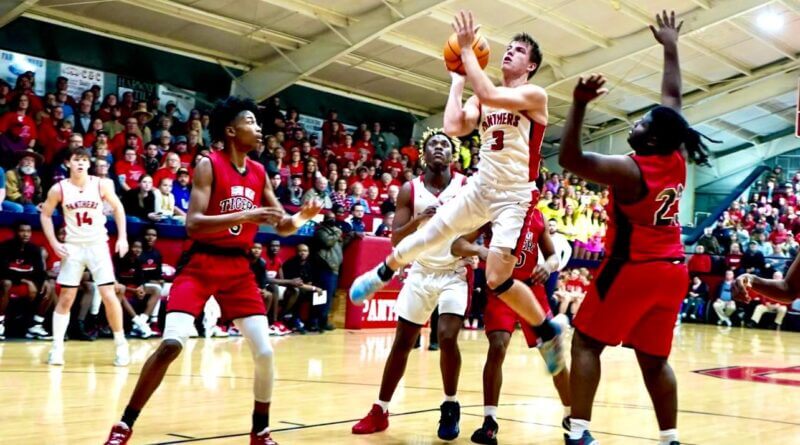 The crowd was on it’s feet for the majority of the game and they grew louder into the fourth quarter. The players were celebrating. Everyone was taking the moment in.

For the first time since 1977, the Pine Grove Panthers are headed to the Big House after they defeated Leflore County 66-43 on Saturday night.

The Panthers got 40 points from Carson Rowland in his final home game, a tour de force where he scored up close, with the mid range jumper, from deep and at the foul line.

“I am just focused on two more wins,” Rowland said after the game about his performance that puts the Panthers in to the state championship semifinals just two games away from a state title.

The Panther starting five turned in a dominant performance in the second half, turning a 34-28 halftime advantage into a game that was not in doubt from the third quarter on.

Rowland hit Jack Hudson with a nice assist that Hudson, who finished with 14 point, turned in to a buzzer beating three pointer to end the third period and the game was never close from there.

Pine Grove outscored the visiting Tigers 10-0 to open the fourth quarter and 32-15 in the second half thanks to a swarming defense.

Midway through the fourth quarter, after connecting on a free throw to give him his 40th point, coach Jake Walker pulled Rowland to applause from the home team.

Pine Grove moves on to take on the winner of Amite County and Heidelberg on Tuesday.