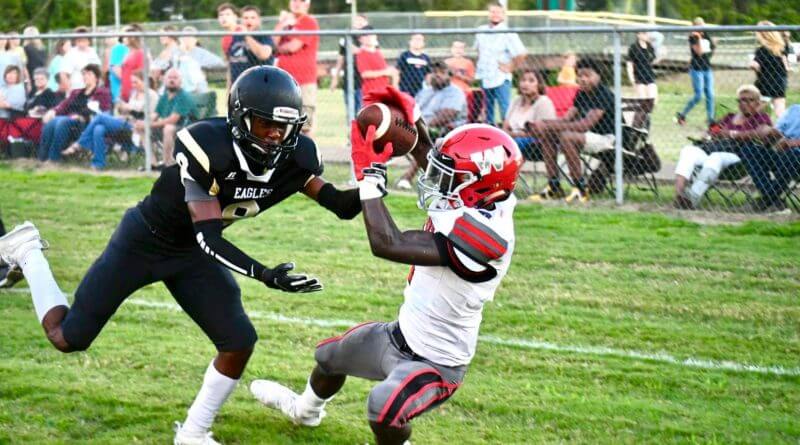 Walnut and Falkner found themselves in familiar territory after the first quarter in Thursday night’s Joe Bowl: a dog fight with Walnut holding a 12-6 lead.

Walnut’s TJ Colom scored a pair of first quarter touchdowns, a 68 yard scamper on the contests opening play and a 21 yard touchdown reception on 4th and long for the Wildcats. Falkner got a big play of their own in a Jordan Peterson 66 yard kickoff return that led to a Zion Grizzard 1 yard touchdown run.

The second quarter was all Walnut, though. Cade Hunt hit Chase Rogers and RG Cabriana for touchdowns through the air to end the first half with three passing touchdowns and a Walnut 26-6 lead.

After the break, Walnut capitalized on a pair of Falkner miscues, recovering three fumbles with one leading to a TJ Luellen touchdown run and one picked up and taken to the house by James Hinson to close out the scoring at 38-6.

The win improved Walnut to 1-1 on the season while the Eagles fell to 0-2. Both teams next game is against Alcorn Central, with Walnut taking them on next Friday and Falkner doing so on September 13th. See more pictures from Thursday’s contest on TippahSports.com, Facebook, or Instagram.